Felix, a thirty-five year old biologist, has been living deep in the Amazon jungle doing research on medicinal plants for a pharmaceutical company. For two years he has made his home among the Umeni, a small tribe, observing and making notes on the tribe's key values.

On hearing of the death of his father, Felix is forced to return to the city where his father ran two different bookstores, Captain Flint and John Silver. Captain Flint is a large bookstore but almost empty of customers. Its staff is apathetic and disinterested in their work. The second store, John Silver, is small and apparently disorganised, but livelier. His father's company as a whole is undergoing serious losses and Felix is advised to close the stores down. But he decides to take on the challenge of reform.

Felix uses the thinking and a series of binary questions he learned from the Umeni and applies them to reforming the two bookstores. He asks what works optimally and what doesn't. Where he sees room for improvement, he brings in a series of creative measures based on eleven key principles for creating a happy workplace.

By reinforcing what works and making innovative changes in what doesn't, the stores' new manager not only brings an obsolete business back to life. His ultimate aim is to make it "the happiest company in the world" – a place where workers will willingly contribute to their own collective well being, and one which will make a positive contribution to society.

We see him changing the roles of its workers to allow people to contribute with what they are best at; asking the staff to contribute to a list of company values so that their own values are acknowledged and adhered to, and to actively think about how they could contribute to making the company a happier place. Workers at the company see their feelings and well-being taken into consideration, to the extent that they are asked to make decisions when recruiting new members of staff, or given a rest when sales fall so that they can come up with new ideas.

Felix's improvements and the work of the staff eventually bring the results they want. Sales go up by 50%, and the two stores are ranked "Best Bookstores" in a leading index. As their names indicate, they become the "Treasure Island" Felix's late father dreamed of bequeathing him.

Written in an accessible style for all readers, The Happiest Company in the World is an enjoyable story as well as a handbook of innovative and insightful company values designed to create wealth out of well-being.

David Tomá́s is an entrepreneur, Cofounder of the digital marketing company Cyberclick Group, business angel and mentor to more than 20 start-ups. His company was named Best Workplace in 2015 by Great Place to Work.

He was also named one of the most influential entrepreneurs under 40 by IESE and the Global Entrepreneurship week. He is a member of the Entrepreneurs Organization and the Young Entrepreneurs Council. He’s also the author of The Happiest Company in the World, which will be released in September 2015.

«We want to build a better future for all, but we must now begin to lay the foundations. David Thomas with his book conveys a different way of managing teams, through 11 keys that guide us to reach business success, always giving priority to the people.»

«In this book David Tomás brings us, with an informal and familiar language, a learning story. Through its pages readers will discover the secret to building motivated companies capable of encouraging the best angels of our time and of building societies where happiness is not fought with success.»

«Felix, this book's main character, inspires us to explore an innovative thinking and approach exploring new frontiers, searching for ideas and solutions, taking risks if and when necessary, and always aiming to improve the welfare of those around us.»

«Our own limits are the only barrier to creativity. Any objective we dream is possible and David Tomás has set a challenge: to create the happiest company. Because when we can develop our talent, doing what we love most and in an environment where you can breathe confidence is when great things arise. This is the ideal means for happiness to become an inherent part of any team and company.»

According to the provisions of Law 15/1999 of December 13 regarding the Protection of Personal Data, we notify you that all personal data provided though this webpage will be included in CYBERCCLICK AGENT, S.L, files to provide you the requested services as well as to keep you informed, including by electronic means and periodically, on matters related to the company’s activities and services.

You expressly consent that CYBERCLICK AGENT S.L may disclose your data to companies from the same business group, all of them dedicated to the same activities, so they can also keep you informed, including by electronic means, of matters related to their activities and services.

You may exercise your rights to access, correct, cancel and oppose the processing of your personal data by emailing info@cyberclick.es or by writing Moll de Barcelona, s/n; World Trade Center – Edif.Norte, 2ª planta; 08039-Barcelona. 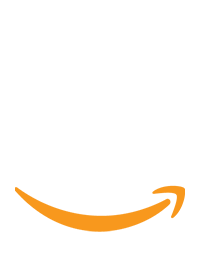 ¡Ya a la venta en Amazon!